It’s bright yellow color has made Curcumin also popular as a colourant not only for food such as candy and soups, but even clothing. It will thus come as no surprise that Synofit Premium liquids have this same intense yellow colour. Curcumin has been reported to be a potent antioxidant and inhibitor of inflammations that can be responsible for joint complaints. These are the reasons that Curcumin has been added as one of the ingredients in Synofit premium. 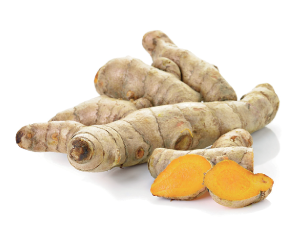 The picture shows curcuma longa. Curcumin is the active ingredient in this plant and responsible for its yellow colour.

Why does Synofit Premium contain a special kind of Curcumin?

Synofit Premium contains a different type of Curcumin than is used for cooking. The reason is that regular curcumin is poorly absorbed into the bloodstream and in addition only stays in our body for a very brief period of time before it is removed by excretion.

Why does Synofit Premium contain the more expensive patented Bio-Curcumin (BCM-95®)
Synofit Premium contains the patented Bio-Curcumin BCM-95® that has an exceptionally high so-called bioavailability. The special liquid formulation includes various essential oils from curcuma longa that enable curcumin to be absorbed much faster and more complete into the bloodstream than regular curcumin. In addition, it has been shown that these oils help curcumin to remain in our body for a longer period of time whereby BCM-95® has not only more potent but also more prolonged anti-inflammatory and anti-oxidant effects than regular curcumin. It has been described that taking regular curcumin together with black pepper increases the absorption of curcumin, however black pepper does not prevent rapid excretion of curcumin. Comparative research shows that the bioavailability of BCM-95® has been shown to be 6.3 times better than the combination of regular curcumin and black pepper! After intense testing and various other safety procedures the FDA (Food and Drug Association) has issued in September 2017 the so-called GRAS status (Generally Recognized as Safe) for BCM-95®.

Synofit Premium contains Curcumin in a liquid form. What is the advantage?

Synofit Premium is a liquid that results in a rapid distribution of its ingredients in the gastrointestinal tract and a subsequent rapid and complete absorption into the bloodstream. This process is far less efficient and complete in case of powders or capsules.

Does Curcumin have side effects?

Curcumin in Synofit Premium is a 100% natural ingredient. Curcumin is also frequently used as an additive in food, for example as a colourant. Even though it is extremely unlikely that any side effects will occur from taking food or any preparation with curcumin, there are certain conditions where we advise not to consume any curcumin (see hereunder). In case there is any doubt, you can always ask for further information about curcumin at you pharmacist. It has been described that people with bile stones preferably should not take curcumin. The reason is that curcumin stimulates contractions of the gallbladder, which by itself is positive. However, in case there are large bile stones in your gallbladder, this may result in contractions that cause pain or even a so-called gallstone attack. In addition, it is advised not to take curcumin in combination with certain medications (see the instructions for use of Synofit Premium). Consult your pharmacist first in case you want to use Synofit Premium in combination with any of these medications. Your pharmacist can find additional information about Synofit Premium in the following blog. Other than these precautions there are no known side effects or limitations of use for Curcumin. 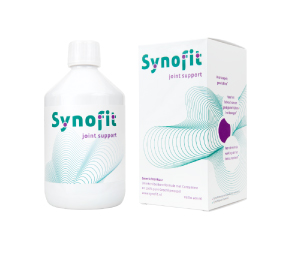 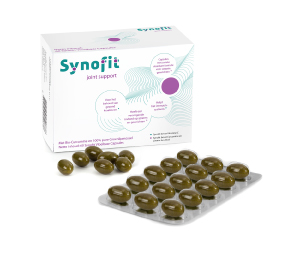 Your benefits with Synofit e

We regularly receive the same questions from our customers. Read our FAQ and find the answers!

The products of Synofit are manufactured on a FSSC 22000 certified location in the Netherlands.

Synofit uses cookies to guarantee the best possible service. If you continue browsing, you agree to the use of cookies.I agree